POTENTIAL DIRECTION OF TAX POLICY IN THE NEXT ADMINISTRATION

Most major news organizations have projected that former Vice President Joe Biden has been elected the 46th President of the United States. While the outcome will not be official until recounts are complete, legal challenges are resolved and states certify the results, discussion has already begun about the potential direction of tax policy in the next administration.

While the Democrats are poised to retain their majority in the House of Representatives, control of the Senate is still uncertain. Four races remain uncalled, including both Senate races in Georgia, which will be decided by a Jan. 5 runoff election.

This article outlines potential tax proposals are based on the election results to date as well as forecasted economic conditions between now and January.

Economic conditions as well as the state of pandemic-related stimulus will have a significant impact on how quickly any tax policy changes can/will be enacted.  When President Obama came into office, his tax proposals were put on hold in order to first stimulate the economy during the 2008/2009 recession.  The same could hold true after this election.  Many factors affect how and when tax policy can be addressed in the next Congress, such as:

A potential increase in the corporate tax rate to fund infrastructure spending may be implemented as this seems to be another area where bipartisan support exists. An original goal of tax reform was to reduce the corporate rate to 25%, so it is possible that such an increase (from the current 21%) will be part of an infrastructure legislative package.

Furthering potential of an infrastructure deal, the Fixing America’s Surface Transportation Act has already been re-introduced in Congress.  In addition, the House has passed the Moving Forward Act which contains infrastructure funding for schools, housing, broadband, green energy and child care.

Passage of the Endless Frontier Act, which had bi-partisan support in the Senate back in May, could also occur in a divided congress. This legislation would provide funds for regional tech hubs creating new American manufacturing and hi-tech jobs.

Another SECURE Act or similar legislation to encourage Americans to save for retirement as well as place safeguards around current retirement plans may also have backing from both sides of the aisle. The Retirement Security and Savings Act in the Senate and Securing a Strong Retirement Act of 2020 in the House Ways and Means Committee have been introduced already.

The OECD (Organization for Economic Cooperation and Development) has offered global minimum tax proposals but the US may assess import taxes on countries imposing a digital services tax. Both sides agree on the need to protect American companies from unfairly imposed taxes by other countries until a global digital tax plan is agreed upon.

Expect small changes in tax policy instead of sweeping tax legislation as compromise on these issues has been, and will continue to be, very elusive in the current political climate.

The Biden campaign platform indicated he would not raise taxes on incomes less than $400,000. However, the term income is not defined. We are assuming the definition varies depending on the provision (i.e., income and capital gains tax rates and §199A phase-outs are based on taxable income under current law; the PEASE limitation was based on AGI).  PEASE limitations would be reinstated, but the fate of the $10,000 cap on the state tax deduction is unclear. The value of itemized deductions would be capped at 28%.

Biden’s plan would assess the FICA portion (6.2%) of the social security taxes on self-employment (SE) income and wages greater than $400,000 plus the §199A deduction is targeted for phase-out on incomes over $400,000. Open questions include:

An increase to the capital gains rate to match ordinary income rates for taxpayers with income > $1 million is also being proposed. In addition, an increase of the corporate tax rate is likely to be included in his proposals. Consequently, any conversion from pass-through entity status to C corporation form should be reevaluated considering the proposed rate structure.

Carried interest taxation may become a revenue raiser in any tax legislation.  Further, even if carried interests are not specifically targeted, the aforementioned increase in capital gains rates to match ordinary income effectively eliminates the preference afforded to long-term capital gains for taxpayers with over $1 million in income.  Private equity rms may need restructuring to mitigate or minimize any impact.

The uniform federal estate and gift tax exemption would be cut in half or more under a Biden tax plan. Currently $11.58 million, the plan is to lower it to around $3.5 million.  In addition, the tax rate would be at least 40%, meaning families would have more wealth taxed at higher rates. Plus, the step-up to fair market value at the date of death would be eliminated; meaning the estate would owe tax on any appreciation in asset value.

Unless the Democrats obtain control of the Senate, the chances for enactment of many of these proposals would appear remote. 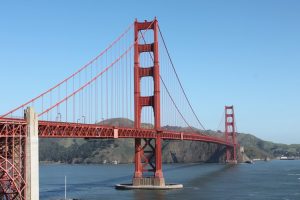 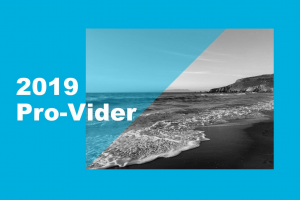